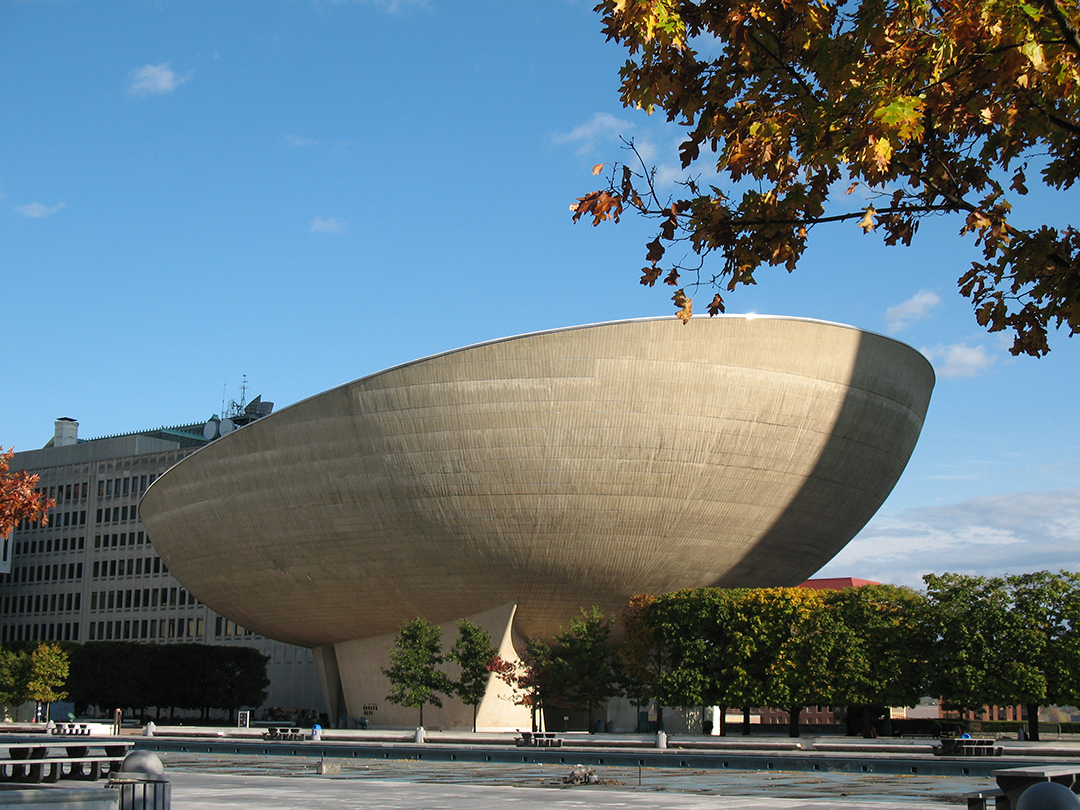 The Egg is a performing arts venue in Albany, New York. Named for its shape, the Egg was designed by Wallace Harrison as part of the Empire State Plaza project, and built between 1966 and 1978.  It is located in the northeast corner of the Plaza.It has become an icon of New York’s Capital District due to its unusual shape and central location.

The Egg is slightly inclined, and has a small pedestal on which it appears to sit. In fact, the building is held by a stem that goes down six stories into the Plaza. Attached to this stem is a concrete girdle made with galvanized rebar that surrounds The Egg, enabling it to retain its shape and transmitting its weight to the pedestal. This beam helps transmit The Egg’s weight onto the supporting pedestal and gives the structure an ageless durability that belies its nickname. 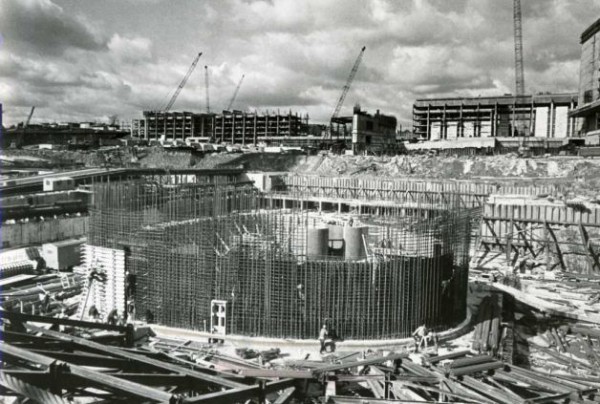 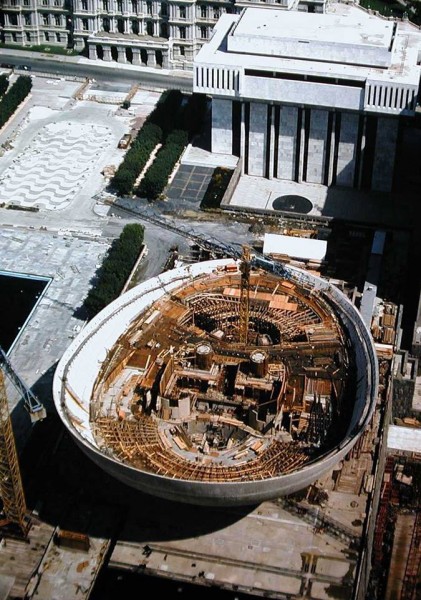 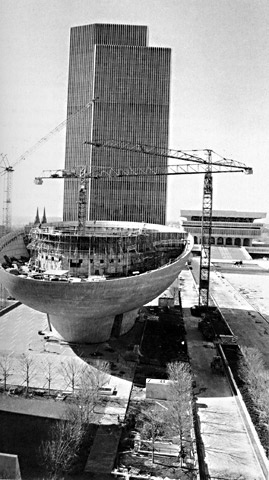 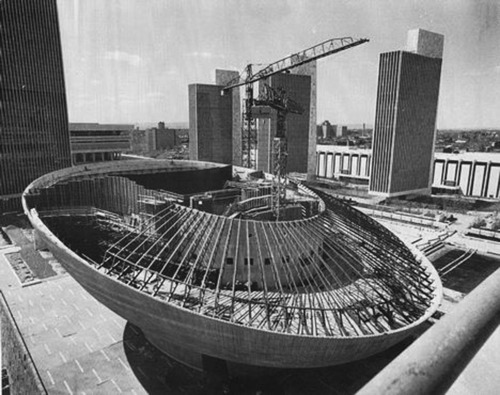 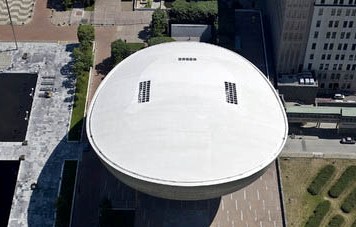